Murano Glass: One of the most refined and renown type of crafts worldwide

Home Auction Murano Glass: One of the most refined and renown type of crafts worldwide

Murano Glass is probably as known as the canals, bridges, and gondolas in Venice, but why is it so famous. Continue reading to know more.

Murano is a short boat trip north of the historic city of Venice. A segment of the luxury sector and synonymous with Italian design, glass making on the Peninsula calls the Venetian isle of Murano its epicenter – at least since the 8th Century – Murano of course, being among the most famous Italian glass makers imported throughout the world.More or less circular in outline and just 1.5 km (0.9 miles)from one side to the other, Murano is, in truth, a collection of 7 islands, albeit very close together and separated by waterways. 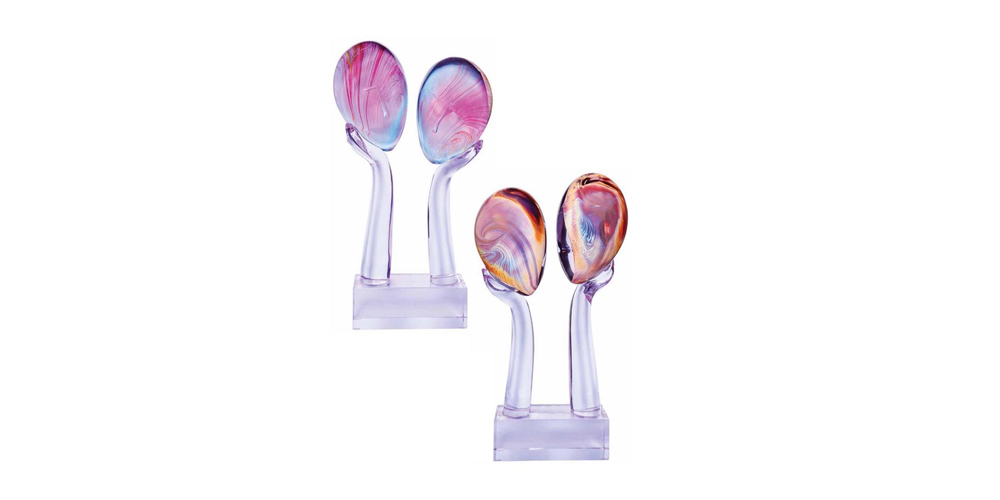 ” This unique glass sculpture representing lovers by Murano master Loredano Rosin is made by using waves of chalcedony technique and alexandrite. “

Murano Glass is glass that is produced in Murano. It is one of the most refined and renown type of crafts worldwide.Murano production isn’t just stunning, but also been produced by the hands of expert Venetian and Murano glass masters for over a thousand years!

In the beginning, glass factories were mainly on the island of Venice. However, after one too many fires caused by glass factories in Venice, the local government prohibit the use of ovens for industrial production in the city of Venice.And then the industry was moved to Murano, and here the industry prospered, as leading craftsmen moved there. The island’s wealth grew as the reputation of island as a center of manufacturing excellence and innovation spread worldwide. Window glass panes made in Murano were considered the largest and clearest in Europe. For a long time, all mirror production was exclusive to Murano. And some say that the invention of spectacles took place here. Glass from the island was soon to be found throughout the royal palaces and mansions of Europe. And keen to preserve a virtual monopoly in quality glass which the island enjoyed, the skills were protected. Murano manufacturers were accorded some of the highest rights and privileges in the region.

Murano is still the foremost hub of artisan labs for both artistic and mass commercial production. One of the standouts among the most unique, original creations are glass objects imitating precious stones.

Of course many of Venice’s historic glass ateliers have become international household names, including Salviati, Barovier & Toso, FerroMurano, and Berengo Studio. Another such famous artist is Loredano Rosin, whose art is going to be auctioned at Estuary on Wednesday, February 5. 2020.

To find out more about Loredano and auction of his artworks, refer to the catalogue, CATALOGUE LINK HERE.